TESTLAB: How We Measure Plant Lighting: What is PPFD, PAR, DLI, and Lumens? 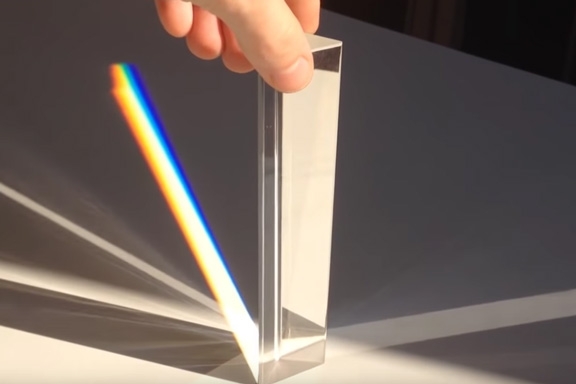 Welcome back to the TESTLAB. I’m Doctor Watt, here to shepherd you through the lunacy of illumination. I’m here today with a new segment which we call “WYNTKA”, which breaks down as: what you need to know about. With today’s knowledge nugget being how science handles measuring light.

It’s become clear during these early stages of Testlab’s development that there’s an awful lot of confusion out there in relation to the terms we use to describe light and its effects. The confusion stems in part from the language used to describe light’s effects and in part to the fact that all forms of electromagnetic radiation, which includes visible light, are downright weird. However, it’s our belief that if we can give you a better understanding of the basic ideas behind the hard science, then new viewers will be much better at navigating the murky seas of grow light marketing. Knowledge is power, my friends, and ignorance can cost you a lot of cash.

The first step in understanding how we measure the properties and effects of light is to understand a little bit about light itself. And as mentioned, this may be a little tricky as it means talking about some pretty complex physics. But don’t be afraid, I’m not going to cast you adrift in a sea of uncertainty or expect your Ph.D. thesis on my desk anytime soon. Instead our aim here is to get you comfortable with the scientific terms used by the differing disciplines of science that study light. And to do that we have to at least get your feet a bit wet. However, in order to keep this all digestible, for those of you out there that have yet to embrace their inner nerd, we’re going to be using metaphor as a tool, which in some circumstances bends the exact descriptions of science a bit. Sorry science, but we’re dealing with some chewy concepts here, of the type that underscored the truism reality is stranger than fiction.

So let’s start with the obvious question. What is light? In order to deal with that question, we first got to define light, because light is not something you can just simply pour into a glass beaker and measure. So, what’s the definition of what we term light? Well, as the dictionary is about as good a place as any to start, we’ll begin there. And straightaway, the problem of measuring light starts to come into focus. The first definition in the dictionary reads: “Something that makes visible or affords illumination”. Which is about as useful as a chocolate teapot with regard to giving us something we can measure. Thankfully, the second and third definitions are of much more help. They are the definitions that physics uses. And they are, firstly, that light is: “electromagnetic radiation to which the organs of sight react, ranging in wavelength from about 400 to 700 nanometers and propagated at a speed of 186,282 miles per second, considered variously as a wave, corpuscular, or quantum phenomenon”. The other definition follows this theme: “a similar form of radiant energy that does not affect sight organs, such as infrared rays.”

Okay, so to reiterate, light, in terms of the stuff we’re trying to measure is, in fact, electromagnetic radiation. But not just any electromagnetic radiation. We’re trying to measure only the stuff plants are sensitive to, not humans and certainly not the entire electromagnetic spectrum. Which includes a lot of other stuff you might be familiar with, such as x-rays, microwaves, and even cellphone and Wi-Fi signals, which are both forms of radio waves. All of them fall within the electromagnetic spectrum of radiant energy. From the visible light we use to see, to the nuclear radiation, which is the cause of many of your nightmares. All of them exhibit a mindbending property that makes measuring any type of EMR a very tricky proposition. It’s a problem known as particle-wave duality, and it goes like this. In the late 19th and early 20th centuries, a bunch of clever persons such as Albert Einstein, Niels Bohr, Max Planck, and Arthur Compton, to mention just a few, spent many years investigating and discussing the odd results stemming from the experiments into the behavior of visible light. The main argument was about the nature of visible light. With the two schools of thought being that light was either energy, which physics measures in waves, or matter, which physics measures as particles and atoms. But light could not be described as just one or the other, as it exhibited the properties of both. In experiments using particle physics, particles of light called photons behaved as particles should. But in experiments using wave physics, light waves behaved as waves should. This is not to say that light and therefore all EMR is both a wave and particle at the same time, just that it exhibits the properties of both. Like I said, weird.

The upshot of all this is that in order to tell you how light affects your plants, we need to consider multiple types of data and not just one. The discoveries of light’s split-personality had far-reaching implications, including discovering that the building blocks of all matter—elementary subatomic particles—also had the same dual nature. This means their energy and matter are interchangeable. And that is what the most famous equation in the world is all about. Okay, so now we know that light is, a. electromagnetic radiation, b. can be measured in more than one way, and c. is damned weird stuff, how are we going to measure it? To answer that question we’re going to look at what your plants need. All plants use a process called photosynthesis to produce their energy, and we’ll cover that in-depth in a future segment. Photosynthesis is driven by a specific band of electromagnetic radiation. That band is referred to as PAR or photosynthetically active radiation. Which is very similar in range to the band we call visible light. What PAR doesn’t tell you is how much electromagnetic radiation is falling on your plants. All it tells you is what type of electromagnetic radiation is falling on them. To tell you how much light there is we have to step away from wave physics and back into particle physics. Or more specifically, a field called radiometry.

Radiometry is the branch of physics that deals with the measurement of electromagnetic radiation and it uses a lot of terms to describe its effects. Now, if we were just looking to find out how much energy was falling on your plants this is all we’d need. But you know it was never going to be that easy, right? The problem is, plants do not get their energy directly from the PAR that they’re exposed to. Instead, they convert the radiant energy into chemical energy by the process of photosynthesis. This process used photons themselves to initiate photochemical events regardless of frequency. A red photon creates just as much of a reaction as a violet photon. And herein lies the problem with just measuring radiant energy. The energy content of a photon of violet PAR  is 1.75 times larger than the energy content of a photon of red PAR. So, we need to count photons and not their energy. And that’s why you’re probably more familiar with the term micromole. A micromole is a millionth of a mole and a mole (or mol) is a unit of substance as is defined by the International System of Units and it’s mainly used in chemistry. We’re using it here in relation to our specific substance, photons. And this means that one micromole is equivalent to approximately 602 quadrillion photons. That’s 15 zeros. Even micromoles don’t give us the full picture we need, as a micromole is merely a measure of photon flux with no mention of surface area or time. To understand this, think of it in terms of rain. We don’t actually care how much water there is in a particular cloudburst. We care about how many raindrops there are. And because it’s nearly impossible to accurately count raindrops individually, we need a method of describing the intensity of raindrops within set defined parameters. And they are surface area, which we measure by one meter by one meter, or one meter squared, and time, which we measure by the second. So our description of the intensity of a rainshower is how many drops of water fell in one meter squared in one second.

Now, if we convert this concept back into electromagnetic radiation we arrive more or less at a metric called photosynthetic photon density or PPFD. Just like our rain metaphor, PPFD measures how many photons, measured in micromoles, are received by a surface measuring one meter squared in a timeframe of one second. Combining the data from a light fixture or bulb spectral output—which is the quality of light—with its PPFD, its intensity in realtime, gives us a good understanding of how much light s falling on your plants and more. The only other data point in general use in horticulture is the daily light integral or DLI, which refers to the total cumulative mark moles that fall on a meter squared surface in a day, and it’s easy to work out. Simply multiply your PPFD result by the number of seconds in a minute, the number of minutes in an hour, and the number of hours your fixture was on, to count a day.

Now, this is the point where some of you are wondering how to convert PPFD into lumens or candle power. And although there are ways of doing that, please don’t. I say this because, unless your growing humans in your facility, you shouldn’t give a **** about either lumens or candle power. Both of these units come from yet another branch of physics called photometry. Photometry measures light with wavelength weighted with respect to a standard model of human brightness perception. It essentially deals with how humans see light, and as we’ve mentioned earlier, although similar in range, the two differ substantially. In fact, if you ever hear of someone using lumens in relation to grow lighting, you now know that they don’t understand what they’re talking about. So feel free to point and laugh.

So, that’s what you need to know about light measurement. We really hope this helps you make better lighting decisions in the future. So all that’s left for me to say is thanks for watching and if you haven’t already, don’t forget to hit subscribe to the Monster Gardens channel to make sure you get every episode of the TESTLAB. Until the next episode, thanks a lot for watching.