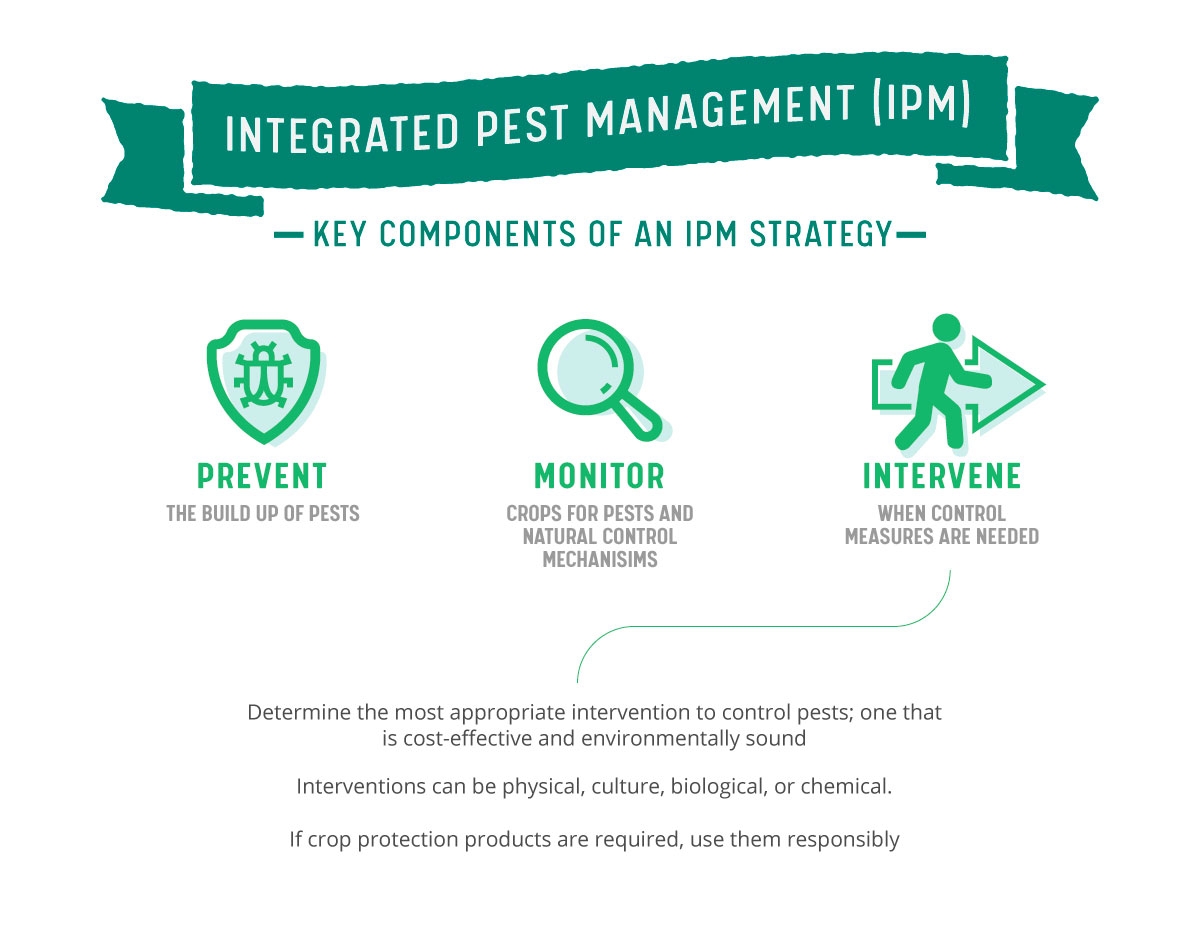 The end of summer is the time of year when plants are finishing up their growth cycle and are just about ready to have the bounty you’ve worked hard to cultivate harvested. At this particular point in time, the plant is focusing most of its energy and nutrients on producing big, beautiful flowers, leaving its immune system weaker and vulnerable to hungry opportunists. Just before you can get your hands on the fruits of your plants’ labor, you might find that some six or eight legged creepers have beat you to the punch.

It isn’t only harvest season that pests are a concern however. These tiny yet destructive forces can strike at any time. Pests are always a problem, so it’s important to have the right information to identify and manage these unwelcome garden guests. Here at Monster Gardens we are all about providing everything you need to know for a successful grow.

Integrated Pest Management or IPM is definitely the way to go to rid your garden of pests while maintaining a healthy environment. IPM focuses on holistic, meaning all things introduced to the garden are compatible with one another, long-term approaches to dealing with pests and the damage they cause, taking the particular ecosystem you’re working with into consideration. An IPM program will center around controlling pests while minimizing harm to humans, animals, other innocuous organisms, as well as the planet itself, only using pesticides as a last resort to target a particular organism.

When it comes to integrated pest management, it’s less about extermination, more about control. This is because, as you’ve probably discovered if you’ve ever ran into a pest problem yourself, any attempt to completely wipe out an entire pest population is borderline impossible. Rather than engaging in such a futile battle, IPM programs determine an acceptable level of pests, known as the action threshold, specific to particular pests, plants and growing environments. Action to reduce a particular pest population is only taken if this threshold is crossed. This step in and of itself helps to control pest populations as it reduces the pressure of natural selection within said population.

Any attempt to control a pest will inevitably leave behind a few that already possess a random genetic structure that allowed the critters to survive. These are then the only ones left to reproduce and thus the following generation will contain, within their DNA, the properties that allowed their parents to survive, and so on and so on. Never underestimate life’s ability to keep moving forward! In contrast, allowing an acceptable level of the initial pests to survive lessens this selective pressure and thus the subsequent generations with more and more resistance to population controls. The notion that acceptance is the first step holds as true for dealing with pests as it does for many other aspects of life; accept that there will be some pests in your garden and focus on what you can do to keep the population at a maintainable level. Your plants will thank you.

Regular observation is absolutely vital when it comes to keeping a pest population under control. Said observation requires attentive, focused and regular inspection as well as correct identification. Identifying a pest incorrectly can lead to incorrect treatment, which could exacerbate the situation.

While monitoring is an important part of preventing a pest population from getting out of hand, prevention also means cultivating an environment that is ideal for your plants but less so for pests. This means keeping things clean, maintaining the correct environmental conditions for healthy, happy plants and quarantining infected plants when necessary. We’ve covered exactly what prevention requires of you in the Prevention section of this series. Up now!

If and likely when a pest population surpasses the action threshold, the first option is to remove as many pests as possible through physical means such as picking them off by hand, creating barriers, placing traps, as well as even vacuuming the critters away.

Another means of controlling a pest population is introducing other creatures that will do the work for you. This can come in the form of beneficial insects or even microbes that feed on the plant damaging creatures you decide to target, keeping things in check, while causing no damage to plants.

Last but certainly not least, is knowing how, if all else fails, to choose and use pesticides in such a way that you limit as much harm as possible to all the rest of the living things around, including yourself! This means knowing the right time and methods to effectively apply treatment, which products will work best for you and how to use the products and equipment required, correctly.

Integrated pest management is all about finding a system that suits you and your garden, while reducing overall harm. We hope you have learned a little something from this overview of the concept of IPM and will continue to follow as we go into more detail in the upcoming articles.

Our prevention article is available now and coming next week is Elimination and Restoration, which extensively covers the last 3 of the 6 principles of IPM. Also, stay tuned for series within a series (que Inception theme song), “Knowing Your Enemy”, where we take a detailed look at individual pests, starting with the notoriously annoying fungus gnat.